Wansdyke School approached us to help them redevelop a large sunken garden that had become overgrown and rarely used; it was a space that was being underutilised and presented a prime opportunity for redevelopment for the benefit of all the pupils. Wansdyke had been successful in gaining outside funding and financial support from the Friends of Wansdyke for a new project. 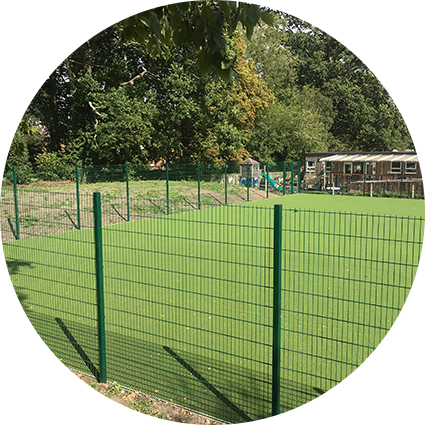 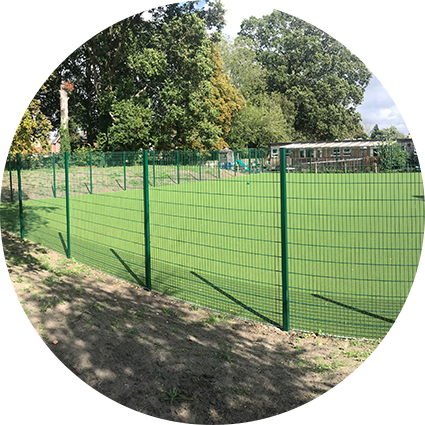 Wansdyke is one of the few schools across Wiltshire that also offer provision to children with Statements of SEN or Educational Health Care Plans (EHCPs) who are identified as having complex learning needs that may not be able to be met through usual mainstream provision. It was critical than any redevelopment of the sunken garden provided opportunity for SEN outdoor activity along with traditional PE lessons.

Wansdyke’s aim was to redevelop the area into a Multi-Use Games Area (MUGA) which would enable the pupils to be more active more often. The MUGA would also be used by after school clubs giving pupils further opportunity to develop their physical literacy and access to activity.

One of the key roles of the MUGA was to provide a dedicated area for ball games and running games so they did not dominate other areas of the school playground leading to the marginalisation of creative and quiet play. 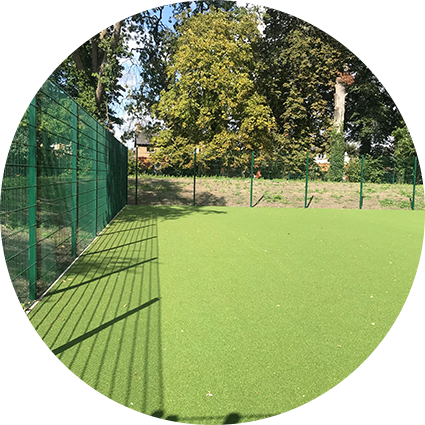 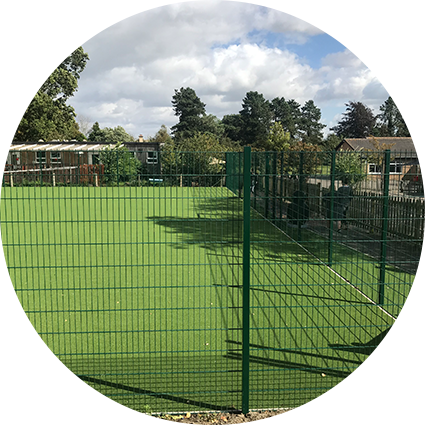 We assisted the school with the planning process, including attending site meetings with the Tree Preservation Trust to ensure that the MUGA position did not impact on a row of trees with a Tree Preservation Order. All the ground works, drainage and perimeter fencing were completed by our own staff, not sub-contractors, and once the layering of appropriate drainage and stone was complete, we laid a shock pad beneath the artificial grass to give a cushion to the finished surface.

All excess spoil was utilised on site (saving the school money) by creating a grass mound for spectating along two sides of the MUGA. This meant the spoil was reused as a new feature rather than skipped away!

Wansdyke are delighted with the MUGA, it has improved levels of physical activity across the school and has become a key school asset. 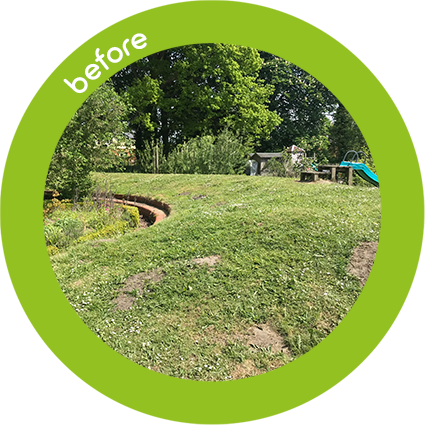 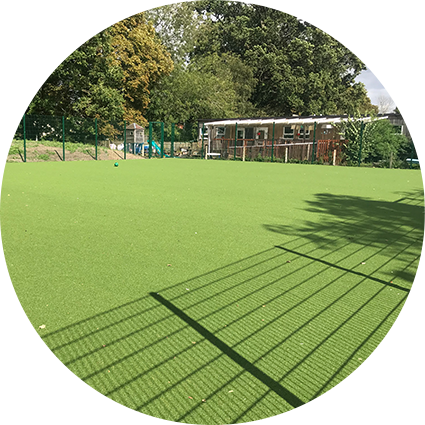 Wansdyke School in Devizes are fortunate to have a large level playing field as part of their school grounds. However, too often, the field was unable to be used by the pupils as it would become very soft and muddy during inclement weather. We had previously installed a very successful MUGA for Wansdyke, so Headteacher Sam Heard contacted us to see how we could better utilise the playing field and extend the usable playground area. After a consultation with Sam, we suggested installing a Daily Mile Pathway around the playing field perimeter. 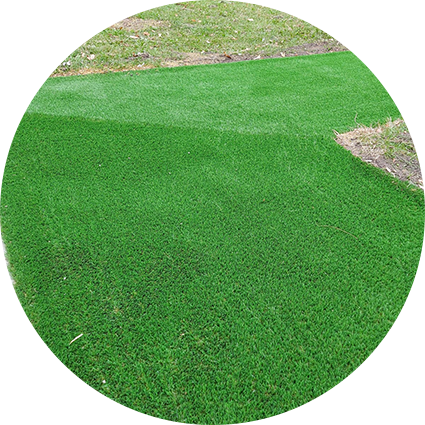 Wansdyke already had a set amount of money available for the development and this budget enabled us to create a Daily Mile Pathway that would stretch around the whole field in a continuous loop. There were a number of surfacing options available for the pathway, including tarmac or resin bound mulch.

However, after discussion, Wansdyke decided to use Just Like Grass, which is a natural look artificial grass well-suited to a field setting, it is also porous and more hardwearing than resin bound mulch and with increased cushioning when compared to tarmac. We installed a 1.2m wide pathway, this is the minimum width we would suggest for a Daily Mile and this was achievable within budget. 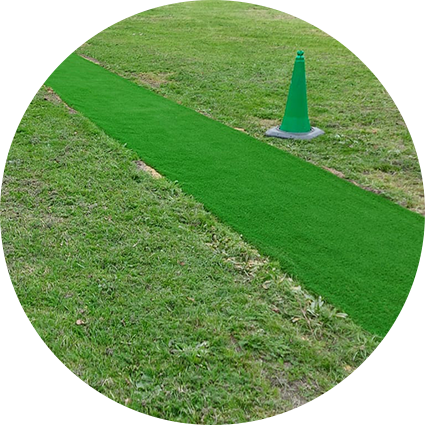 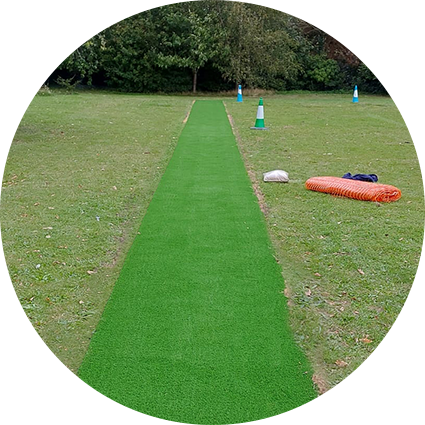 We were delighted to install a 200m long Daily Mile Pathway in Just Like Grass which fitted in well with the rural surroundings. Budget was tight, so to keep costs down we created a mound on the site with the excess spoil which we shaped and levelled to blend in with the surroundings. By doing this, we were able to reduce the overall costs of the project by over £1,000 as we avoided the expense of removing spoil from site.

We have also given Wansdyke a number of additional options to add to the Daily Mile Pathway as funds become available. These include distance markers at 50m, 100m etc and we have also allowed additional space around the perimeter of the Daily Mile to be able to add various Fitness Stations to increase the activity options available to the pupils.