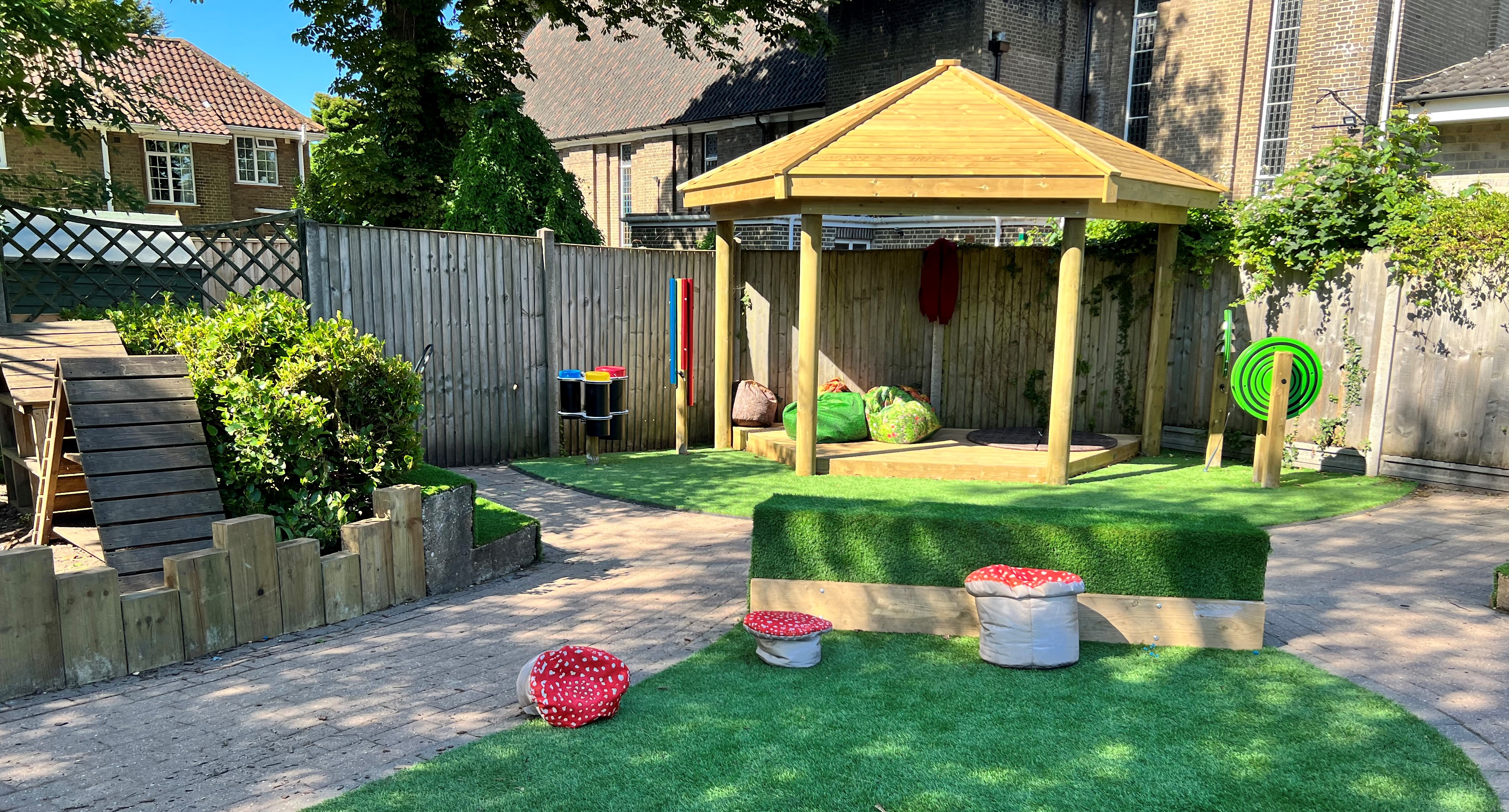 St Patrick’s is a friendly, family Catholic school on the east side of Southampton, serving a diverse community. The Headteacher, Michael Lobo, contacted dbdplay to discuss transforming their existing Key Stage One playground. 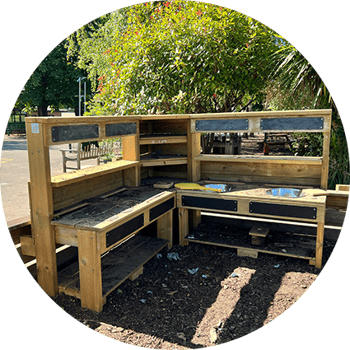 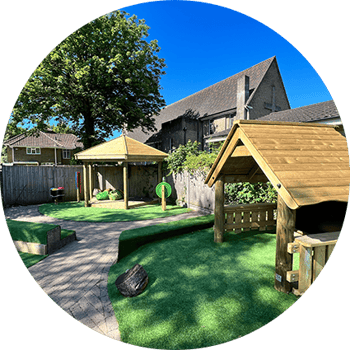 St Patrick’s wanted to provide physical and creative play opportunities for the 140 children in Key Stage 1. This project required a fast turnaround from meeting to quotation, with the playground installation being completed as soon as possible. 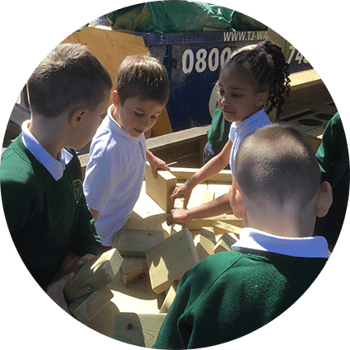 I (Georgia, playground consultant) met with Key Stage 1 and the children shared their love for performance and drama, so we made sure this was incorporated into the playground design for the space.

After meeting the Headteacher, Michael, it was clear that the outside space, although small, had immense potential, but would benefit from some reorganisation.

The plan was to offer Key Stage 1 different areas of interest throughout the space, so the school could keep all the Key Stage 1 children entertained throughout playtime. 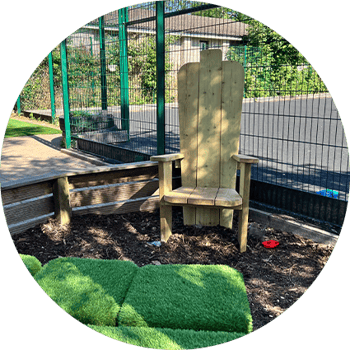 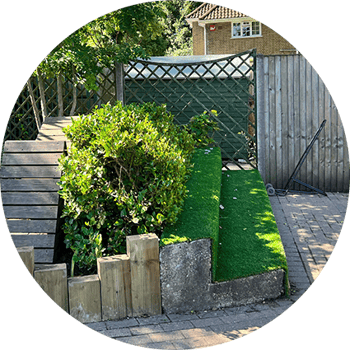 At the bottom of the playground, there was a natural space in the shape of an amphitheatre with seating around the edge. As this area was lower than the rest of the playground, mud collected in the space and the seating was rotten. We emphasised the amphitheatre space by adding a half hexagonal outdoor classroom with a timber decked floor, artificial grass around the base and 2 musical instruments each side of the classroom stage. This has created an impressive focal point for the Key Stage 1 playground, providing a dedicated space for role play, group performances in both lesson and playtime. The concrete seats were covered with Just Like Grass to create a softer, more welcoming seating area to watch the spectacular performances taking place! 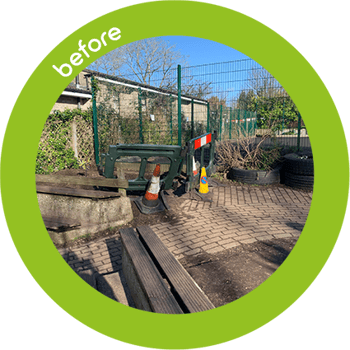 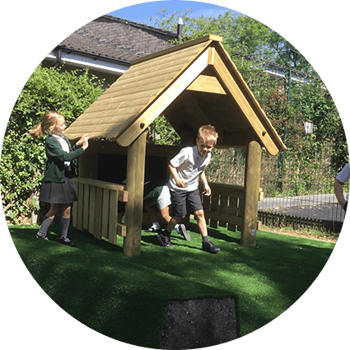 To help reduce the issue of mud in the playground, two of the muddy areas were surfaced with Just Like Grass, creating a seamless, clean surface. A low-level sleeper wall which is castellated along the length of the play area helped to keep the remaining soil in place and making the ‘mud area’ more visually appealing and practical.

After consultation it was decided to leave the bushy mud area as it was, as Michael relayed how the children love the challenge of weaving in-between the branches and playing hide-and-seek within the bushes.

Within the play area there was an existing fenced bark pit with a large Beech tree in the middle. The Beech tree offers shade in summer and is an integral part of the play area. To avoid harming the tree roots in this space, a storytelling chair was installed at the edge, with free-standing grass-topped stools. On the other side our corner mud kitchen and construction table were installed. With the bark pit providing the perfect location for a mud kitchen, as the children incorporate the bark surfacing into their play. 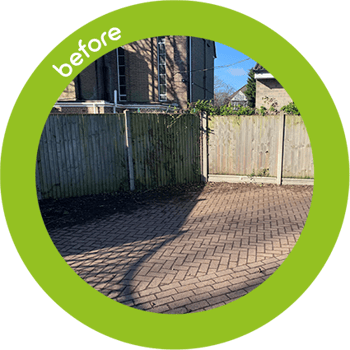 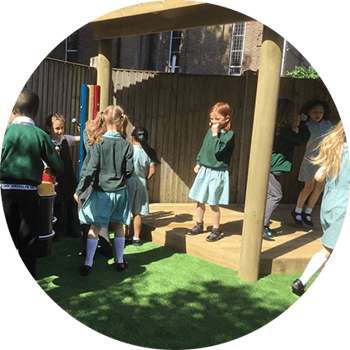 St Patrick’s are delighted with their new playground and held a ribbon cutting opening ceremony. During a more recent visit to the school I was able to watch the children playing in the bark area cooking up pies in the mud kitchen. The Headteacher, Michael commented that the construction table and blocks have been a huge hit with all the children. The space is now a well organised and calm place to play, also allowing the teaching team to use the playground for 1-on-1 personal chats or some quiet time if needed. 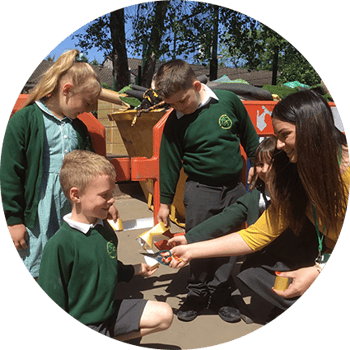 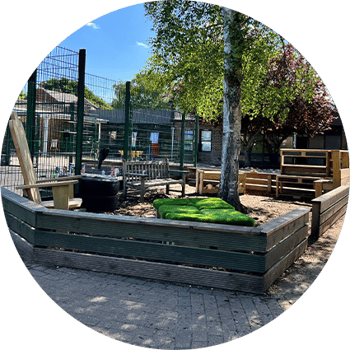 “We have a fabulous new KS1 area, which the children have really enjoyed exploring”